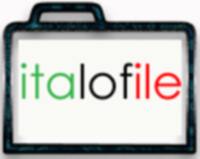 I’m going to paraphrase a very famous saying here: “If you give a man an Italian meal, you will feed him for today. Teach a man to cook an Italian meal, and you will feed him for a lifetime.” Indeed, eating your way through Italy is easy. But mastering the art of la cucina italiana is a gift that will keep on giving. I’ve profiled a few cooking schools on this site before, but there are a number of culinary travel packages and food-focused tour companies that you should know about.

Cooking Vacations, with headquarters in Boston, MA, and Positano, has several dozen Italy cooking and travel programs, from a 6-day program in Bologna and Emilia-Romagna(Italy’s culinary hub) to a one-week Kids Cooking Program in Positano (a great way to get the whole family involved). Cooking Vacations has women-only programs, tours that pair cooking with driving a Ferrari around Tuscany (!), and combination art and food tours.

The International Kitchen, which has been featured on The Food Network and CBS News among others, has cooking classes with both top chefs and Italian home cooks; wine-tasting experiences; and culinary walking tours that you can fit into your regular touring itineraries of Rome, Florence, Siena, or almost anywhere you happen to be. In addition to International Kitchen’s daily a la carte programs, there are cooking vacations to 12 of Italy’s 20 regions, including the Villa d’Este Italian Cooking Holiday (Lombardy), Gourmet Sicily, and All About Umbria, a program that has been mentioned in the New York Times.

I would be remiss if I didn’t mention Divina Cucina, a cooking school in Florence run by cooking diva Judy Witts Francini. Even though she’s American, Judy is something of a real Renaissance woman, not only running her cooking school but writing her own cookbook and dispensing food advice and tips on her blog Over a Tuscan Stove. Judy offers one-week courses at her kitchen in Certaldo, Tuscany, and daily programs in Florence and Chianti.