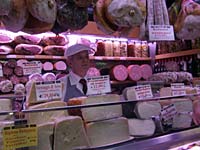 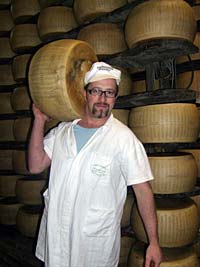 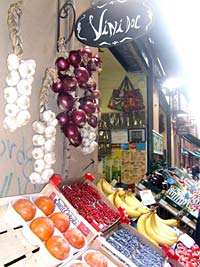 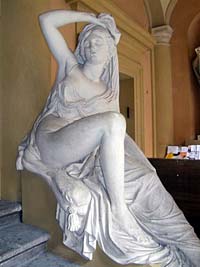 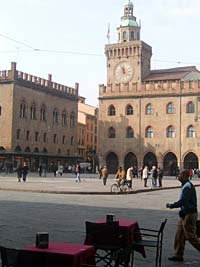 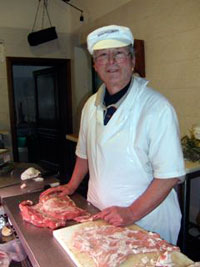 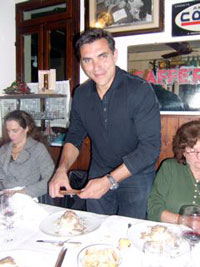 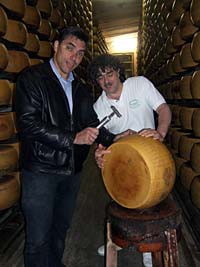 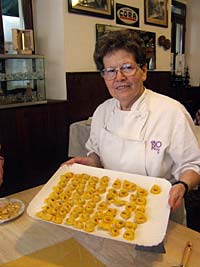 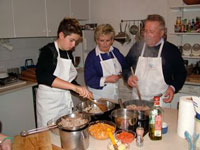 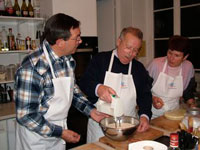 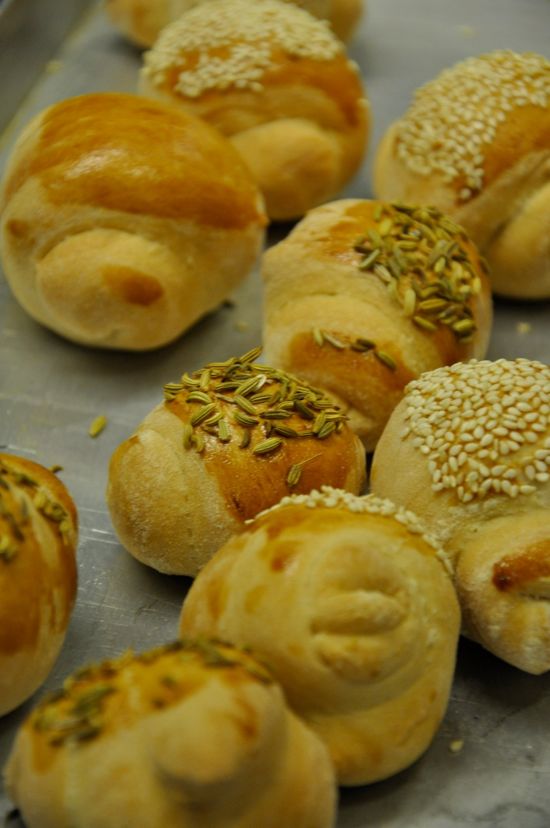 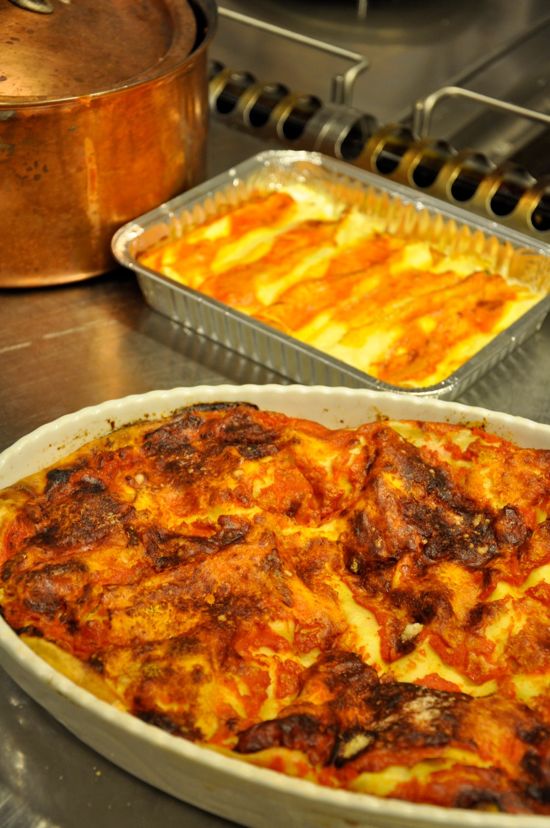 Step into the Medieval walls of Bologna and into the artful hands of your host Federica, where you will experience all of Bologna’s gastronomic delights. From the charming landmark’s city center at Piazza Maggiore to the rolling countryside hills, this one-of-a-kind cooking program takes you through the ‘city of arches’ and then onto its countryside, revealing Bologna’s love affair with food. You will be guided to its vibrant marketplace lined with artisan pasta makers and renowned food purveyors four generations old. Join us in Bologna, Italy’s food capital, for a week of hands-on cooking that takes you from the centro storico-city center, to the Bologna Hills.

During your stay you will walk through the ancient cobblestone streets and experience the sights, sounds and tastes of our custom designed Medieval Food Lover’s Walking Tour with your private guide. This lively tour takes you through the famous marketplace of Bologna, its shops, stands and food purveyors, while covering historical notes on Bologna’s old world foods, wine, and purveyors. Tastings included.

With your guide, your week continues on to the country hillside farm where Parmigiano Reggiano cheese, Balsamico and Prosciutto are made.

The program offers 3 hands-on cooking classes with Chefs Federica and our sister Chefs in Bologna, while discovering our award winning addresses of food, wine, dessert and chocolate in both the city and country. In your hands-on cooking classes, you will learn how to make traditional Tortellini, Tagliatelle, Lasagna Bolognese, Gnocchi along with seasonal local sauces. After each cooking lesson, lunch or dinner follows and includes a toast of local wine. Everyone enjoys the foods that were prepared in class together.

Bologna, the capital city of Emilia-Romagna is a gastronomic paradise for the food lover. It is one of Italy’s wealthiest regions, is home to the fertile plains of the Po River Valley, and produces much of the country’s wheat and dairy products. Bologna’s nickname is Bologna La Grassa (Bologna the fat one!). Traditional dishes include, Tagliatelle al Ragu’, tortellini served in broth, and its delicious Mortadella. Ravenna, famous for its spectacular mosaics from the Byzantine empire; and the charming Parma, its claims to fame of course being Parmigiano cheese and its sweet Prosciutto Crudo, ham. For the food lover, the culinary traditions of Emilia-Romagna won’t fail to impress.

Bologna’s towers were important for warning and defensive purposes and were naturally a sign of prestige for the families who lived in them. At the end of the 12th century there were one hundred towers, however today only around fifteen remain. The Asinelli and Garisenda towers are the symbol of Bologna. The taller one, the Asinelli Tower, was built in the 10th century, and it is 97 m high with a 2.23 meter inclination. The base was modified in 1488 to house guards. The smaller tower is the Garisenda Tower, a contemporary of its neighbor. Its strong inclination (3.22 m) is striking.

Bologna is also home to the oldest university in Europe that dates back to 1088. Throughout time, Bologna is a city that has been an important intellectual centre and has attracted scholars from around the world. In 2006 Bologna was also appointed a UNESCO City of Music, and music is at the heart of the city’s professional, academic and social life. Outdoor concerts in the Piazza Maggiore are a common site.

Life in Bologna centers around a rich style of cooking and the colorful Medieval Market. The Medieval Food Lover’s Tour explores the gastronomic side of Bologna, its street markets, wine bars, fourth generation grocers, traditional pasta makers, and storied chocolatiers. With your private guide you will traverse and mingle with vendors, bread bakers, food purveyors, wine makers and fish mongers. Things have not changed at this market, as fourth generation families carry on the art of food in the Medieval food halls.

We begin near Piazza Maggiore, at one of Bologna’s finest bakeries, open since 1880. Under high frescoed ceilings, saleswomen in crisp white aprons bustle about arranging fresh pillows of pasta into rows behind glass display cases. The signs at each tray of pasta translate as, “Classic Ravioli—we put our art into it!”

The tour continues down the block to the corner of Via Drapperie, marked by stacks of Salami and pendulums of prosciutto, to enter Bologna’s main street market. Fruit and vegetable stalls stand tall under the weight of purple-fringed artichokes, crinkly bunches of Arugola, sleek indigo eggplant, pink pomegranates, orange zucchini flowers, pungent mushrooms, tiny Susine plums, pointy San Marzano tomatoes, mounds of grapes, trays of chestnuts, garlands of fiery red peperoncini, and ropes of garlic decorate the stage as vendors shout out their daily specials.

Just at the corner, there are a pair of fishmongers always mobbed by the local Bolognesi waiting patiently on the water-slicked cobblestones, numbered tickets clutched in their hands, admiring the trays of squid, scampi, octopi, anchovies, and every type of fish on beds of ice.

A sign reads, Formaggi, a traditional artisan cheese shop with an excellent selection of cheeses—eight types of mozzarella, six kinds of ricotta, and 21 different varieties of pecorino—in addition to the usual Mortadella, Salami, and the world-famous prosciutto di Parma, selling at 26.90E per kilo, and the even pricier, gourmet-beloved prosciutto di San Daniele, from the Friuli mountains, going for 31E per kilo.

Continuing along, step into the divinely scented shop of chocolate. The smell of soft cocoa diffuses into the air. The sweet part of the tour is to the old world chocolate maker, who has been molding the great creamy fondant for over 200 years. Imagine even “tortellini” in milk, dark, and white, and filled with a chocolate cream, a selection of the famous cremini.

This full-day walking tour leads you through the best of Bologna, a day in heaven for any food lover. A professional food authority as your guide, discussions and tastings included along the way.

Visiting a Caseificio is like going back in time. The coveted Parmigiano Reggiano actually has very old origins and today, keeping the old world way of 7 centuries ago, it is still made following the same traditional and genuine methods. Parmigiano Reggiano cheese is protected by the European Union and can only be produced in a restricted area, the so called “zona tipica“, which includes the provinces of Parma, Reggio Emilia, Modena, and a part of Bologna (left of the Reno river) and Mantova (right of the Po River). It takes about 2 hours to see the whole production.

See artful hands and refined operations create the coveted Parmigianno Reggiano cheese. Walk through the old world cheese making site, and watch the master as he churns the milk. Step into the aging room and see wheels and rows of cheeses piled high. There are cheese masters who turn, polish and tap the delicate cheese to perfection. Discussion and tastings included.

The production area of Prosciutto di Parma is located in the southern part of Parma province. Here, and only here, can genuine Parma ham be made. Using plump select Italian pigs and following the traditional and genuine method, Prosciutto di Parma is still produced like it was about 2000 years ago. Only four ingredients are necessary to produce Parma ham: a pork leg, a minimum quantity of salt to preserve the meat, the air to dry it out, and time, a lot of time, at least 12 months to get the perfect flavor. You will see rows of Prosciutto di Parma lined up like soldiers at the Medieval Marketplace and throughout Bologna. It is always served as an appetizer and accompanied with fresh figs, melon or with Parmigiano Reggiano.

You will visit a typical workshop where world-class balsamic vinegar has been produced for over 150 years. Once inside these sweet-smelling ancient walls, you will learn how this gourmet delicacy was first created. In fact, though aceto balsamico is a relative newcomer to fancy food shops outside of Italy, its origins go back so far that even in the year 1046 it was already a rarity craved by kings and emperors (and virtually unknown to the public). Throughout the 12th, 13th and 14th centuries, the vinegar-makers of Reggio Emilia had one of the richest and most powerful trade guilds in central Italy, their secrets as closely-guarded as those of the Murano glass-makers. By the 1800s it had become commonplace to enrich the dowries of local noblewomen with jars and little barrels of this precious liquid. During your visit to the workshop you will see the maker’s own vineyard, see how a grape eventually meets one of its most glorious ends inside these little containers, and taste several types of vinegar made from various grapes and aged for various lengths of time. This Balsamic is aged, from 25 to 100 years.

In downtown Bologna you are at home with Signor Agostino at your deluxe B&B. Large bedrooms, private baths, fluffy towels, elegant furnishings, a writing table work desk with internet access, a fridge, hairdryer and antique furnishings make your accommodation more than any hotel. Chocolates on your pillow and a tray of fresh fruit are served daily. Daily breakfast and room service included. From city to country, your accommodation is at the charming country B&B in Bologna’s hills.

Rolling fields, fruit trees, a beautiful vegetable garden, jams and preserves made on the property are a few of our favorite things. Unwind and relax as the second part of your experience begins in our country cooking program. You are at home with Federica and her family for a complete immersion in Bolognese food, wine and hospitality. Private ensuite bathroom, TV, air conditioning and Wi-Fi Internet connection are in each room. Breakfast is served each morning and the B&B property offers rolling green hills, and gardens where they grow various varieties of fruits and organic vegetables many of which are transformed into jams, preserves and other products served at the property each day.

Check in day is flexible, and this program can start on any day of the week.

$2,695 per person, based on double occupancy. All taxes & VAT included.
Single Cookers: If you are a single guest and would like to join us, please call us for the best group price. We are happy to welcome you into an already scheduled group.

**Supplement may apply during fair dates.

*An Italian visitor tax may apply in some cities and must be paid directly on site at check out.

2020 Dates: This program is available throughout the year. Check in and start your cooking program on any day of the week. Rates are subject to change based on currency exchange. Call for updated rates. Airfare not included. Group transfers for any cooking tour or tours that include transfers, are for the group and are not private. Transfers before, after or to another destination outside of your cooking tour are not included in the program price. If you would like to add on a private transfer or transfers, let us know and we will send you pricing.